Commercial fishers in Hawke’s Bay have been working to improve the recreational fishing experience. 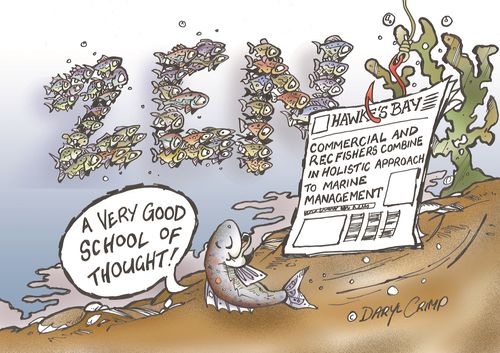 The inshore fishers have placed voluntary restrictions upon themselves in four different areas – the largest of which is 237 square kilometres.

Fishers are also trialling new trawl nets that are more selective and reduce the catch of small fish.

The aim is to help recreational fishers improve their fishing experience after concerns were raised in recent years about declining catch rates.

The measures were introduced in late 2015 after a series of discussions between the recreational sector, Fisheries Inshore NZ and Napier Fisherman’s Association, which were facilitated by the Ministry for Primary Industries.

Commercial fisherman Rick Burch was part of the group that proposed the measures and said they have seen positives signs so far.

“Fishing has improved and we’re keen to work with the recreational sector to make it even better for everyone."

The group is committed to evidence-based management and is commencing with a Research Needs Strategy to guide more holistic marine and terrestrial management.

Burch said there is still a lot of work to be done, but believes a solution can be reached that works for all.

“We're quite a close-knit bunch here and because there wasn’t too much finger pointing early on, that has given us the confidence to work together.

“It’s a shared fishery after all. I know it’s a cliché but we all have to take some responsibility if we want fishing in Hawke’s Bay to improve.”